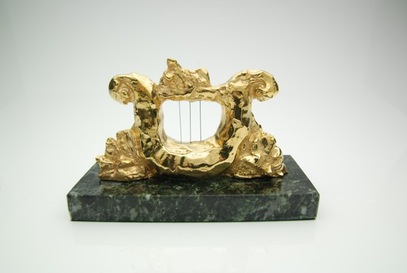 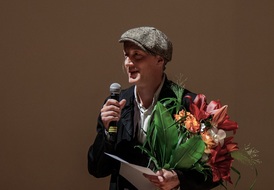 Matti Bye receiving the Harpa Award Photo: Minttu Lehtovaara
2014 - The music in the film Faro has been awarded

The music in the film Faro (Sanctuary), composed by the Swedish Matti Bye, has won the Nordic Harpa
Film Music Award. The award is for 10 000 euros. It was given to the composer at The Great Film Music
Concert on Saturday 30th of August, in Espoo, Finland.

Faro is a drama, which tells a story about a man who is accused of murder, and who decides to escape the situation to the forest with his daughter. The forest gives them an environment where they are able to f
orget the reality. The film, which was released in 2013, is directed by Fredrik Edfeldt.

​The winner was chosen by a jury, which consist of international film music composers and professionals. The jury emphasizes that they evaluated the
scores of the selected films not only on their own merits but also for the relationship that they form with the film.

“We felt that the themes developments, the choice of a small orchestral ensemble, and the overall emotional counterpoint provided by the music in a movie, in which, voluntarily, there is very little dialogue, wonderfully fills the blanks that are purposely left by the director in the storytelling.And this magical, emotional alchemy between the music and the images is, after all, what film music is all about", the jury comments about Matti Bye’s
winning music. The other nominees were Denmark: Kåre Bjerkø for his music to Skytten (The shooter), Finland: Samuli Kosminen for his music to American Vagabond, Iceland: Pétur Ben for his music to Málmhaus (Metalhead) and Norway: Magnus Beite for his music to Ragnarok.

The Harpa award is a recognition from the composer organizations within the Nordic Countries. Every Nordic country participates with one nominee.
The 10 000 euros award was first admitted in 2010. Last year Finnish composer Tuomas Kantelinen won the award for his music in the film the Purge.
The concert and the awarding ceremony in Finland was arranged by The Finnish Society of Composers and Lyricists Elvis in cooperation with Espoo Ciné,
the city of Espoo, Tapiola Sinfonietta and The Finnish Composers Society. 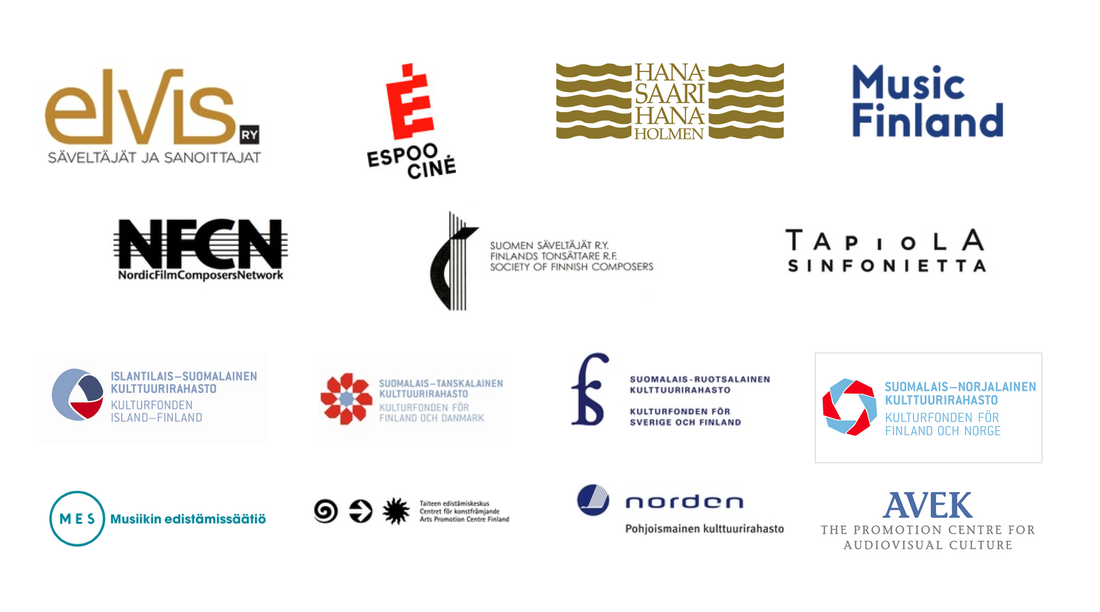